I’m a Martain with a Size XXL Mr. Fix It Hat 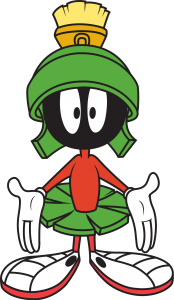 Recently I joined a professional support group to help me deal with some of life’s frustrations.  On the first meeting I was asked about what I wanted to get out of the experience.  One of my replies was I want to get better at inter-personal communications.

Be careful about what you ask for because I was assigned to read “Men are from Mars, Women from Venus”.  I have issues finding time to just sit and read so I created an Audible account and downloaded the book.  Listening to it while I walk has been an eye opening experience! 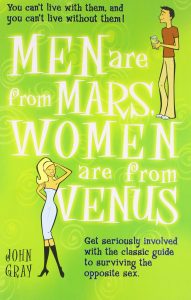 It didn’t take long for me to realize I’m a Martian… Completely, absolutely and un-apologetically!  I like fixing things, I like being useful, and I LOVE working on huge projects.   I’ve always believed that in order for a man to be happy he has to feel useful.  If I have something to fix, build, or design I’m a happy camper.

This book also gave me some insights into why I’m so miserable with my current employment.  In the past I’ve had the opportunity to work on huge projects.  At Micron I worked on a control system to manage manufacturing lines.  At Trus Joist I built a world wide network back when a company with a private world wide network was a new thing.  As a consultant I’ve sole-sourced three huge business applications that have powered State Agencies for over 15 years each.

At my current position I’m not allowed to build a training calendar without supervision. #Frustrating

Those of you who know me also know I’m a huge Star Trek fan. Spock has been my role model for years and even have his image  tatted on my left calf!  #Trekie.   So it wasn’t a far stretch for me to flash on a Star Trek (TOS) episode titled, “The Ultimate Computer” while walking and listening to Men are from Mars.

In this episode the Dr Daystrom character is somebody who achieved great things early in his career.  As he ages he wants to relive some of the glories of the past.  His drive is so intense that he goes over the edge creating the M-5 Multitronic unit; a machine  capable of controlling an entire Starship.  This drive is fueled by his desire to prove that his past successes weren’t a flash on the pan.

While my drive isn’t quite as intense as Dr. Daystrom’s was, I can totally relate to his character these days.  I too have a burning desire to recreate the glories and huge successes of my past.  Problem is I’ve been looking in the wrong place.  I now understand as an employee of a State Agency, well at least the one I’m currently at, I won’t be allowed to ever get a sniff of creating another application that comes anywhere near the size, scope, or complexity of either the PubWorks, IREC, or ISIF applications I created.

Rather than dwell on the BS I have to put up with at work I need to focus on my dreams, my goals, and my desires.  To that end I’m putting my Fix It Hat back on.  This time I’m focusing my energies on what I want to accomplish, not what I have to do at work to stay employed.  I’ll continue to do my job to the best of my abilities at work, it’s called professionalism, but I refuse to wast another ounce of energy worrying about what I could do for them that they won’t allow.  Rather I’ve refocused my energies on MY dreams, MY goals and MY desires.

Stand the fuck by because I’m creating my professional careers capstone project. The Martian in me won’t allow anything less!