My Most Important Job

My first few months at Micron was an immersion into the world of high tech manufacturing.  I was hired, straight out of school, into a division that eventually got spun off as Micron Custom Manufacturing Services.   It was an exciting time due to Microns tremendous growth. Growth which led to plenty of opportunities for those who wanted to take advantage of them, I was one such individual. 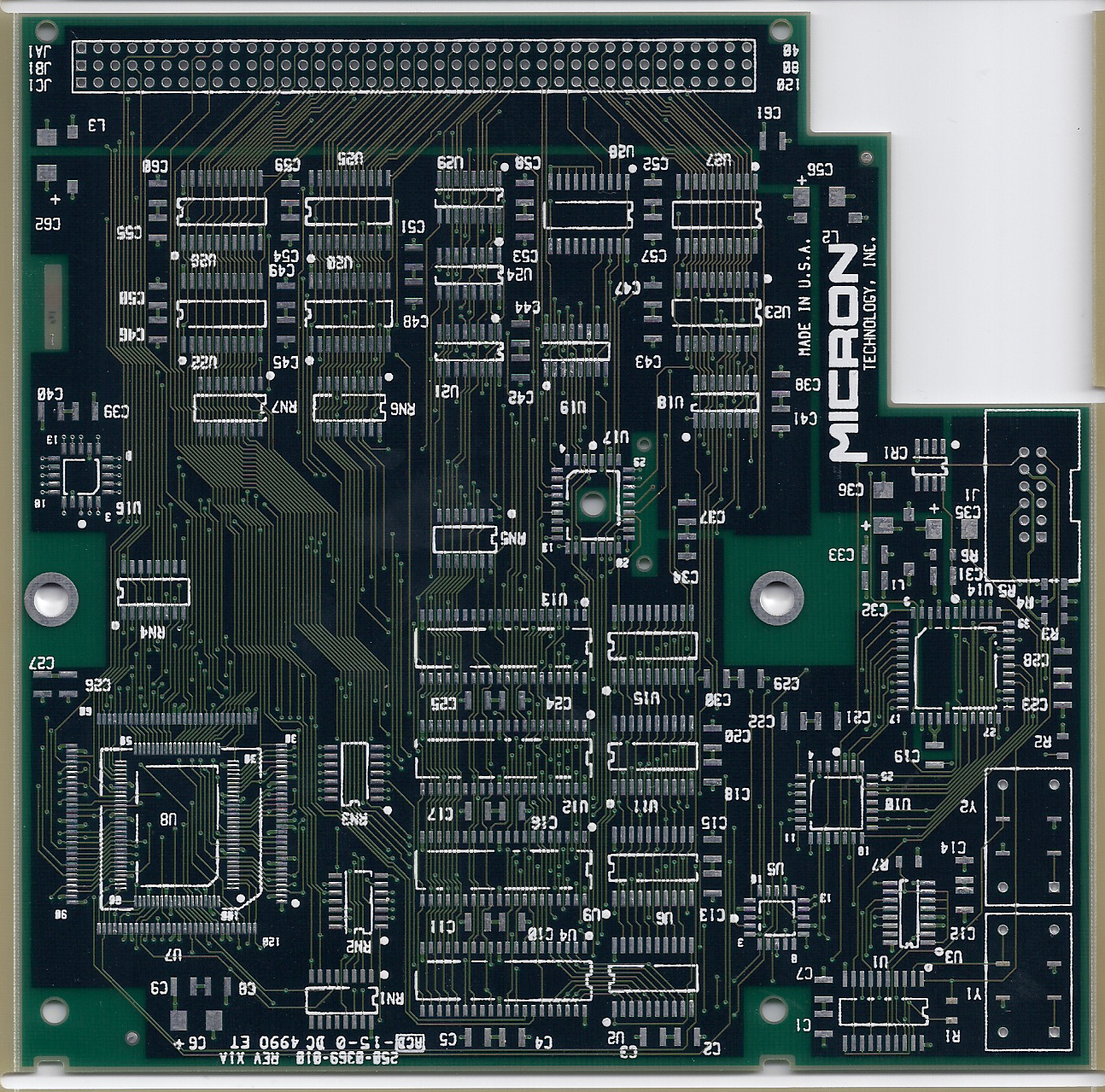 My first few weeks on the job was learning how to test and manufacture printed circuit boards The main products were 256MB add in memory boards that took up a whole add in slot in a desktop PC.  The manufacturing process when building a Printed Circuit Boards (PCB) was my introduction to what is commonly called a Process Flow, or a Workflow.  The lessons learned here are applicable in the software design industry too.

It was here where I learned how automated control, in each functional area of the manufacturing line, effected overall product outcome.  For example, when I first started, PCBs used through hole technology to solder a chip  to the board.  A marketed improvement in manufacturing efficiency came about when automated chip stuffers were installed replacing the people who hand stuffed those chips.  An even greater level of accuracy was reached when surface mount components started to appear.  Watching the improvements to the manufacturing process and how they were implemented taught me the concepts of continuous process improvement: i.e. the Waterfall Methodology.

My main job was to repair printed circuit boards that didn’t pass initial testing.  Here I became aware of how manufacturing issues effect the overall cost to manufacture product.   As a test technician I created my own project to identify and categorize each failure so that information could be fed back to the manufacturing line in an attempt at increasing efficiencies.  Turned out to be the best move of my young career!  🙂

Because I was young, career driven, and didn’t have a life I decided to pursue my Masters at BSU while working full time for Micron.  Actually Micron paid me to continue my education so I thought why not!  One day I was thinking about a Stats assignment when it dawned on me that nobody was really tracking the types of errors we were seeing in the technicians area.  I mentioned this to my boss who gave me the OK to figure out a way to track the errors.  I ended up learning a DOS based database application and started to track errors.

After a month of working on this thing I showed the results to a few of the process engineers.  We broke the report down by the most common type of failure by product line.  The main cause of a PCB failing the testing procedure was a lead on a microchip would get bent and not go through the hole in the PCB to be soldered in place.

Nine times out of ten a bent lead can be spotted with a visual inspection.  Management then put a couple of non-technical people in the test area.  If a PCB failed testing it would be visually inspected by them p[rior to being passed on to the more expensive labor.

The second most common cause of failure was non or improperly programmed Programmable Logic Devices (PLD’s), just another microchip.  These devices were programmed in house prior to being placed in a PCB.  At first management decided to install sockets on the PCB’s because the cost of the socket was cheaper than re-working the PCB.  Eventually one of the test engineers decided to start testing the PLDs before they were approved for the manufacturing line.  This turned out to be another one of my special projects after I was promoted into Test Engineering.

The lesson I took from this experience is to solve a problem one must first take the time to understand the overall objective, the process, what works, what doesn’t work, and what can be improved.  Then design, make, and implement changes; measure results and repeat.  Once again, the Waterfall development approach…

As mentioned earlier my main responsibility was to repair PCB’s and I was pretty good at it.  I completely understood how the signal flow propagated through each schematic as well as how to use the main tools, an oscilloscope and volt-meter, to trouble shoot problems.  I got so good at it that for four hours each day I was assigned to the Bone Pile.  A wide and varied collection of PCBs that failed the manufacturing process.  Some boards went into an Atari system, some a PC, some were video boards, it was truly a hodge-podge of failed boards.  Or as I liked to call it a challenge!  I loved working the bone pile and everybody else hated it, I think they hated it because the bone pile contained all of the PCBs nobody else could troubleshoot!

One day a test engineer brought a logic analyzer into the tech area for a project he was working on.  Jon and I were on good terms so I asked him how it worked and of course he showed me.  After his shift was over I asked if I could play with it for the rest of the evening.  I was working 3 to midnight at the time. Once again, of course he said yes!  Micron was good about encouraging me to learn and expand my knowledge in any direction that suited me.  Management understood the more I learned about manufacturing the more valuable I became.

So for the next few hours I went through the bone pile with a new toy at my disposal.  Learning how to use the logic analyzer was pretty straight forward, it was after all logical, and the data it provided was amazing!  One board in particular had been vexing me for weeks so I decided to try another attempt on fixing it.  By this time I had replaced four or five chips on the board and it still wouldn’t work.  With help from the analyzer I was able to finally identify which of the 64 through-hole DRAMs soldered on this board was faulty.

The problem turned out to be a piece of anti-static foam, whose color and make up was that of a tiny piece of a black sponge, wedged between two leads on the DRAM.  The origin of the sponge was obvious, it covered every square inch of benchtop and storage space in the manufacturing and tech areas.  We used it everywhere!  What wasn’t obvious was the effect a small chuck of that material wedged between two leads on a board would do.   What was obvious was the foam was easily torn and it was everywhere.

The following day I told Jon what I discovered.  Two days later all the black anti-static foam was removed and replaced with a blue vinyl type of anti-static matting.

If there is an opportunity standing right in front of you take advantage of it.  By recognizing opportunities for improvement and by being good at my job I was able to continually work myself into new and more challenging positions at Micron.

Oh… within a week of my reporting how that little piece of black foam has caused a board to fail I was promoted into Test Engineering.  That’s what I call positive reinforcement!